The Worries of Weeding 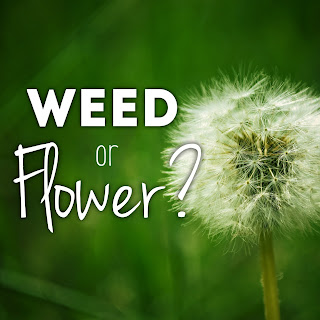 A few weeks back I accepted a temporary secondment into an actual Librarian role at my workplace. My usual job is Library Officer (Programs and Support), and my day-to-day duties are to run programs and provide customer service without any of the "traditional" Librarian duties. Now that I have the title of Information Librarian, I have been gifted a few Librarian tasks, and one of these is to attend to the "Dead" and "Grubby" lists and get my weeding mojo on.

Weeding is a very personal thing; even if you do have lists and statistics and hard numbers in front of you.  A lot of us would have chosen to become Librarians because we love books and yet here we are, forced to discard them on a regular basis. Into the skip they go, where they lay looking forlorn next to the folded cardboard boxes and old newspapers. I find it hard. Very. HARD. I did not expect weeding to be such an angsty experience (is everything about library work so emotional or am I just going through early menopause!?!?). I try and be as objective as possible. I painstakingly work out the number of times an item has been borrowed per year (we aim for 4.4 or higher, which seems kinda low to me so I am curious as to the targets of other library services?). I look at each book within the context of the collection and decide whether it is Dead, Undead (a zombie book, arrrrrrgh) or in need of replenishing. It's tough!

I recently had to weed Engineering and Transport, and although the thought of scrutinising this genre made me inwardly sigh, still, it's my duty to "put myself in the patron's shoes" for a while and imagine whether these items are still useful. To my surprise, the biggest items on the Grubby list were the circuitry and electronics books, and also the books on how to build supercharged ignition systems (this says a LOT about the community I serve!). Although these books are seriously snore-worthy to me, they evidently appeal to a lot of people. I found as I was weeding that it was helpful to try and picture the patrons who were borrowing the books, and you can imagine the mental images I conjured up trying to picture those interested circuitry, compared to those interested in super-chard ignition systems (stereotypes, anyone!?). It wasn't all tough going though and there were some easy decisions. The Junior Non-Fiction books date sooooo quickly. I pulled out a book on MP3 players which featured new technology like the "iPod Nano" as well as pictures of those cheap-arse Dick Smith MP3 players. You may as well have had a picture of a Sony Walkman in there (although that at least that would have had some contemporary hipster street cred). In the end, the decision to ditch all the dead JNF books on evolving technologies was a no-brainer because hell, Google, it is actually good for quite a few things!

Weeding the fiction was a much more traumatic experience.  Heart-wrenching, to say the least. Perfectly good copies of books that maybe just haven't been given that much of a go, or have been lost amongst twenty copies of Nora Roberts or the latest eleven James Patterson releases. Can we display them more, somehow implore people to borrow them and save them from the skip? Creating displays for "Last Chance Reads" is one option, however they can sometimes be a double-edged sword as patrons start asking why are throwing away perfectly good books (uh, because you're not borrowing them).

This discussion could touch on collection management and standing orders and front facing displays and patron engagement and reading trends and book donations and all sorts of thoughtful and emotionally charged areas, but the root question is - why? Why do we care so much about books being thrown away? What is it about books that makes them so very precious, such that throwing them in the skip is almost blasphemy?  In my previous school library job, we literally had to throw out books by stealth, almost skip diving in our efforts to hide the discarded books under the rest of the general waste. I guess this is something that the general public don't quite get, and I honestly didn't quite get until I had to start doing it - once we become Librarians we are both protectors AND destroyers. As the ladies over at Awful Library Books say, "Hoarding is not Collection Development" and it is true, we certainly can't keep everything.  But when we are part of a large and very diverse library service, how can we really know if we are keeping the right stuff?