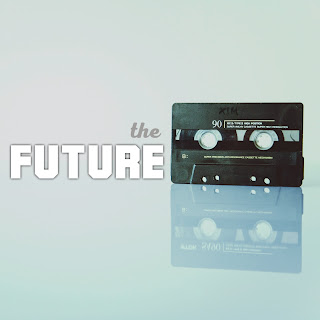 I read an entertaining blogpost the other day from @restructuregirl, who was having a wee bit of a rant about obsolescence.  To summarise a rather first world problem, after much research into the various quirks and largely baffling features of new TV's she eventually settled on a selection to soon discover that the very feature she wanted had been made obsolete in the latest models.  What a total pain in the arse.  Tying it all back to the library sphere, she pointed out that we should really plan for obsolescence in our industry. I have to say I agree; particularly when you consider the speed at which anything related to information use and storage (i.e. our entire industry) is changing.

This got me thinking of another article I read ages ago about how a small group of engineers had to laboriously reverse engineer machinery capable of reading super high-res pictures taken by lunar satellites in the 1960's:

The tapes on which these pictures were stored were close to being thrown away, until this small group of dedicated engineers and hackers worked tirelessly to recreate machines capable of reading their contents. In so doing, they were able to "rediscover" phenomenal pictures of the moon and lunar landing sites that would have otherwise been tossed. If it wasn't for this group of enthusiasts these very important pictures may have been left to slowly decay in landfill.  Did the NASA archivist at the time think these pictures were not worth saving, or was obsolescence not a big issue in the 60's?

And what the hell does this have to do with CDs?

The discussions on obsolescence has made me think of the ongoing relevance of CDs in the library. Other than dearly wishing numerous Justin Bieber CDs to the aforementioned decaying landfill fate, I am left to wonder whether more worthy musical experiences will soon suffer the same ignoble end. We had a library expert guy come through a couple of months ago talking about how to cull the collection (we are renovating, and need to weed about 30%).  His biggest suggestion was to "be bold" and ditch the CDs (and the magazines - but that's a whole other discussion) as they are old formats. Ditch the CD's, eh?  I wasn't sure if I agreed quite yet.  We place our CD's into genres and although I could see the Rock/Pop and Dance being the first to leave (with the more tech-savvy listener base already tuned in to streaming) I wasn't so sure about the Jazz/Blues and Classical, or the World Music.  I had a chat with one of my musician mates and she still produces CDs because she is a jazz musician - her fan base are the older folk who like to listen to CDs in their car.  If we ditch all our CDs, will we be doing a large portion of our patrons a disservice?  Or will we force them to hurry up and move with the times?  And what about people who can't afford fancy smartphones with big download limits, or maybe aren't up with the play on Spotify or Pandora or Apple Music?  Is it our job to drag them into the 21st century?

Even though I have access to streaming services and use them quite often, I also pick up a lot of CDs from work.  When I'm shelving I'll spot something that grabs my attention and borrow it - taking a chance on artists I know nothing about.  It's completely free and just so much easier to browse and discover new material when it's right in front of you. I rarely do the same with streaming services, even their "Discover" options act more like a radio replacement than a true introduction to new artists. I guess the primary purpose of a library isn't to act as a discovery service for artists or authors (or is it?) but it is definitely a niche that we fill well.

Questions, questions, questions (and this post has kind of meandered off track) but I guess my biggest point is - should libraries lead the way in the changing face of technology, or be the ones to hold on to it for that little bit longer, particularly as we are supposed to be catering for everyone?  Is it feasible for us to have the old and new at the same time, or should we just keep our focus on the future?