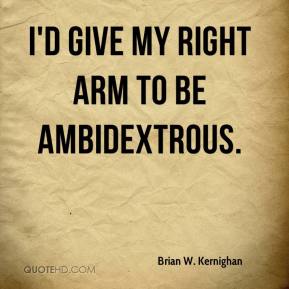 After a minor interruption to service, I'm back and I've installed an upgrade!

For those of you out there who may actually read this blog (the one or two of you, hi Mum), life has been more than a little busy of late and has interfered with my ability to read, and to blog.  Basically, I have been experiencing a career crisis.  Actually that's a bit dramatic it wasn't really a crisis (I just like the familiar-sounding alliteration), it was more that I really didn't like my job.  Don't get me wrong, my colleagues were AWESOME and that counts for so much in a workplace, but as a new Librarian, the job itself was probably as unchallenging and backward as it could get.  A career cul-de-sac.  A dead end.  A career coffin.  A place of final rest.

So what was the position?  It was at a school.  A lovely school of a certain educational philosophy that was rather anti-technology and fairly set in its ways.  I sort of knew this when I started, but I was thoroughly unaware HOW set in their ways the teaching staff were, and how much resistance I would encounter just trying to perform the most basic of Librarian duties (signs, promotional displays, buying Andy Griffiths, etc).  In the end, I knew they wouldn't change, and I certainly didn't want to force myself to confirm to a philosophy that I didn't necessarily agree with.  I knew it was time to part ways.

It made me reflect on the expectations that I had when I emerged from my LIS qualification.  When I toppled off the end of that production line, bright and shiny and full of ideas and enthusiasm, I found myself in an arena that was very diverse.  Certainly, when I was studying I was told repeatedly how libraries are changing rapidly; how they are morphing and evolving and redefining their services to keep pace with changing patron needs and dynamic technologies.  I was so eager to be immersed in that environment!  But I found that although that reality may be the cutting edge of academia, and the bastion of the well-funded and progressive library corporation, for many libraries (particularly the underfunded school library), those ideas are just a pleasant, fleeting daydream.  And lets not forget that there are other libraries that just don't want to change - they (and their staff) are happy to continue operating as they always have, immune to the pull of the 21st century tide.

Where am I going with all of this?  It's hard to get a job in a library as a new graduate.  The market is tight, a lot of library roles seem to focus more on customer service, and in reality - a qualification is only half of the equation.  You really need experience to make yourself an attractive prospect.  So this means you can't be too picky about jobs, even if you are offered one that just doesn't feel quite right.  In hindsight, I knew that I had reservations about my last job before I accepted, but I didn't really have a choice, the few jobs that I was applying for were not exactly beating a path to my door.  So I said yes.  Now although I didn't really learn much from an LIS standpoint from that position, I did gain the one thing I needed the most - time on the floor, in a library, that I could put on my CV.  Thankfully, that time gave me a foot up in applying for other positions, and I have now (finally!) secured not one, but two library jobs, both of which will prove to be much more challenging and engaging that my first forays into the profession.

So this is the beginning of my new, updated blog!  What was once "My Teenage Library" (hey, I worked in a school library and I love YA, don't judge me!) is now "The Ambidextrous Librarian".  Why that title?  Because I now have a job in both an extremely busy public library and a more subdued academic library, and I think that feels pretty ambidextrous to me.  I am also very keen to discover (and write about) the different skills required in each, and the pros and cons of each role.  But I'll also write about all sorts of other stuff.  Anything that takes my fancy really.  So be prepared to hear all manner of insightful musings about digital literacy and metadata and customer service principles... intermingled with my review of a random graphic novel or magazine, or discussions on other peoples random posts, or maybe just a cat picture or thirty.